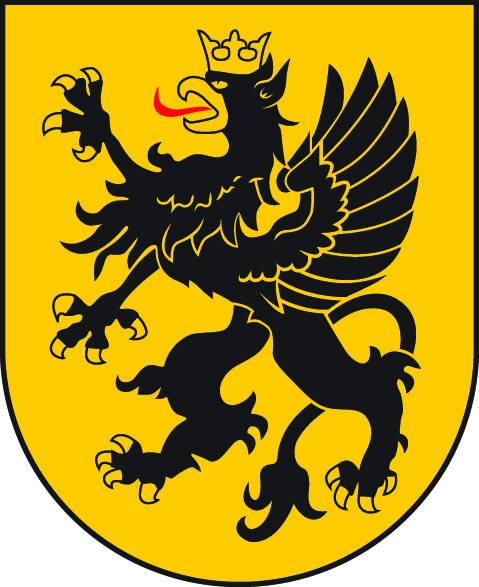 Kashubian coat of arms shows a black griffin with a crown on a yellow shield. An image of this animal appears in ancient myths and might have been brought to Pomerania from the Holy Land, given the fact that West Pomeranian Dukes went there on crusades. It also appeared as a sign of the Duchy of Kashubia on Western Pomeranian multi field coat of arms from times of Bogusław X the Great reign. 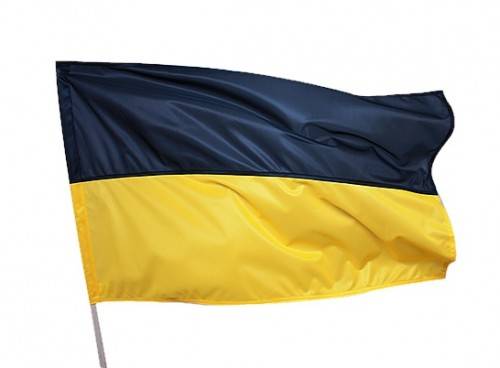 The Kashubian flag is divided into two longitudinal stripes of the same colors as the regional coat of arms. The top belt is black and the bottom yellow.Nowadays, there are two songs considered as Kashubian anthems. The most popular is Marsz Kaszubski (Kashubian March), a fragment of a song sung by the hero of Kashubian epic - a narrative poem Ò Panu Czôrlińsczim, co do Pùcka pò sécë jachôł (Mr Czorlinsczi goes to Puck to buy fishing nets). Music was written by Feliks Nowowiejski. Nowadays, the song is being performed during important occasions. By contrast, the song ‘Zemia rodnô’ (Fatherland), which every day at noon is broadcasted on Radio Kaszëbë, refers to the ducal past of Kashubia and Pomerania when native land ranged ‘from Gdańsk to the gates of Roztoka’ (Roztoka nowadays is located in Germany).

Since 2004 on March 19th is celebrated Dzień jedności Kaszubów (Kashubians Unity Day) to commemorate the first historical written information concerning Kashubia. It appeared in the bull of Pope Gregory IX in which Duke Bogusław I of Szczecin is referred to as ‘the prince of Kashubia’.

Among an increasing choice of souvenirs it is worth paying attention to those which derive from the tradition of Kashubian crafts and at the same time are easily accessible.