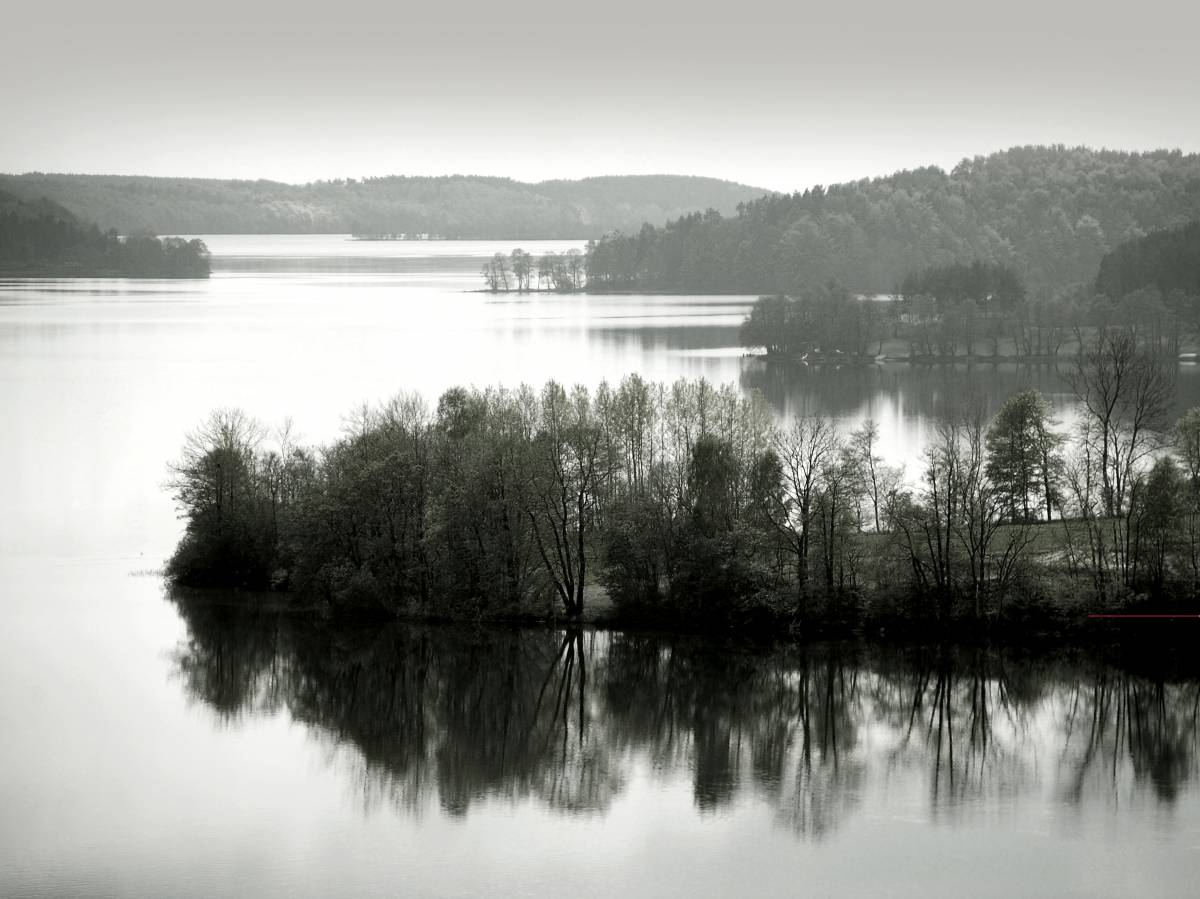 Kashubians derive directly from a group of Slavic tribes known as Pomeranians. Historical sources give skimpy information concerning their origins. However, the most prominent expert of Kashubians’ history, professor Gerard Labuda, theorises that these people stem from area somewhere on the border of Mazovia and the former Prussian lands. During 6th-7th century they wandered to Pomerania where started forming separate tribes. Their structure of power was based on tribal elders and within the course of time local dukes began to overtake power.

In the 10th century Pomeranians have settled in areas adjacent to the Baltic Sea between the Vistula and Odra rivers and even on areas located further – on the contemporary Western Pomerania. In those times they lived side by side with the Polabian Slavs on the west, from the south were separated from the Polans by dense forests and swamps of the Noteć river while the valley of the Wisła River was border with Prussia inhabited by the Balts. In those times this slowly developing centre of authority on Pomerania was exposed to the influence of the Saxons, Danes and Polans. Prince Mieszko I Piast and then his son king Bolesław I the Brave imposed on Pomeranians his sovereignty by means of establishing new towns as well as by christianisation missions in Gdańsk and Kołobrzeg. Despite repeated attempts to free themselves from the subordination to the Piast dynasty, The Duke Boleslaw III Wrymouth during the next two military campaigns took Pomeranians once again under his authority. His vassals in Western Pomerania were the Dukes of the House of Griffins, who, however, relatively quickly found themselves within the sphere of influence of the Germans and Danes. The Germans due to colonisation of Western Pomerania dominated those lands, which resulted in the fact that ‘the heart of Kashubian’ was shifting further and further to the east.
During the period of ‘fragmentation’, Gdańsk Pomerania was one of provinces remaining under the authority of the Duke Senior from Kraków. However, the Samborides – governors exercising power in the region – began to gradually free themselves from the influence of the Piast dynasty. The most prominent representative of that family was Świętopełk the Great who in 1227 became fully independent from the Piast. Samborides’ Principality under his leadership experienced economic boom. After heirless death of Swietopełk’s son – Mestwin II, the Greater Poland and Pomerania were united by Przemysł II, who one year later became the first Polish king since the creation of provinces. In 1308 the invasion of the Margraviate of Brandenburg has totally ruined Pomerania and Gdańsk. The Teutonic Knights were asked for assistance, defeated the invaders and subjugated those lands. It remained their possession until 1466 that is the end of the Thirteen Years’ War. Then the Eastern Pomerania became part of wealthy Royal Prussia.
The House of Griffins who ruled Western Pomerania during the 16th century have adopted Lutheranism and became the Dukes of the Reich. Until the mid-19th century sermons in numerous Protestant churches were preached in the Kashubian language and moreover, the first writings in Kashubian began to be published.

In 1637 the dynasty of Western Pomerania rulers has expired and their country was divided between Sweden and Brandenburg, while in 1772 as a result of The First Partition of Poland it became part of the Kingdom of Prussia. One of the aspects of the germanisation process of Kashubians was the activity of the Corps of Cadets in Słupsk, where sons of Kashubian nobility were educated. From the mid-19th century Kashubian writers and regionalists noticed the threat of losing identity. Among them Florian Ceynowa (1817-1881) the author of the first grammar of Kashubian is worth mentioning. As a result of increasingly repressive laws imposed by the Prussian government a number of social and economic organisations began to be established and moreover, school strikes occurred.

The Treaty of Versailles has incorporated the major part of Kashubia into the Second Polish Republic. Only the western edges belonged to the Reich and a tiny eastern part was within the borders of the Free City of Danzig. The new Polish authorities in many cases did not trust the local population, treating as uncertain in terms of nationality. During crisis, hope for better financial condition of Pomerania was given by the newly established port in Gdynia and construction of the Polish Coal Trunk-Line leading through the Kashubian land.
The World War II began with the so-called Intelligenzaktion, during which thousands of Kashubians have been killed. Then came times of difficult choices: signing German nationality list or facing the threat of deportation to a concentration camp or resettlement. The outbreak of war marked the beginning of forming partisan units and since 1941 functioned the largest guerrilla group in Pomerania – Secret Military Organization ‘Pomeranian Griffin’ which might have associated even up to 18-20 thousand people both active fighters as well as supporting members. The most heartbreaking experience for Kashubians during the war was spring 1945 when the Red Army troops were passing through the region. Soldiers did not distinguish Kashubians from the Germans and have carried out numerous robberies, rapes and murders.

After World War II new authorities once again treated Kashubians distrustfully. Entire population was suspected to have proGerman outlook. In times of the Khrushchev Thaw a Kashubian Association was founded (nowadays: Kashubian-Pomeranian Association), which currently is the largest organisation working for the benefit of Kashubians. In the times of People’s Republic of Poland, for almost 50 years, the authorities were trying to destroy Kashubian culture, or at least present it merely as a nice product from ‘Cepelia’ (shop with regional souvenirs), open-air museums and folk bands. Only after the fall of the communist regime Kashubians were finally able to cultivate freely their identity. In 2005 the Kashubian has officially gained the status of a regional language, and nowadays in some Communes is the second official language. Every year, there is an opportunity to pass Matura exam in the Kashubian language (equivalent to the English A-Level) as there are several thousand children learning Kashubian at school.