Name and borders of Kashubian Switzerland 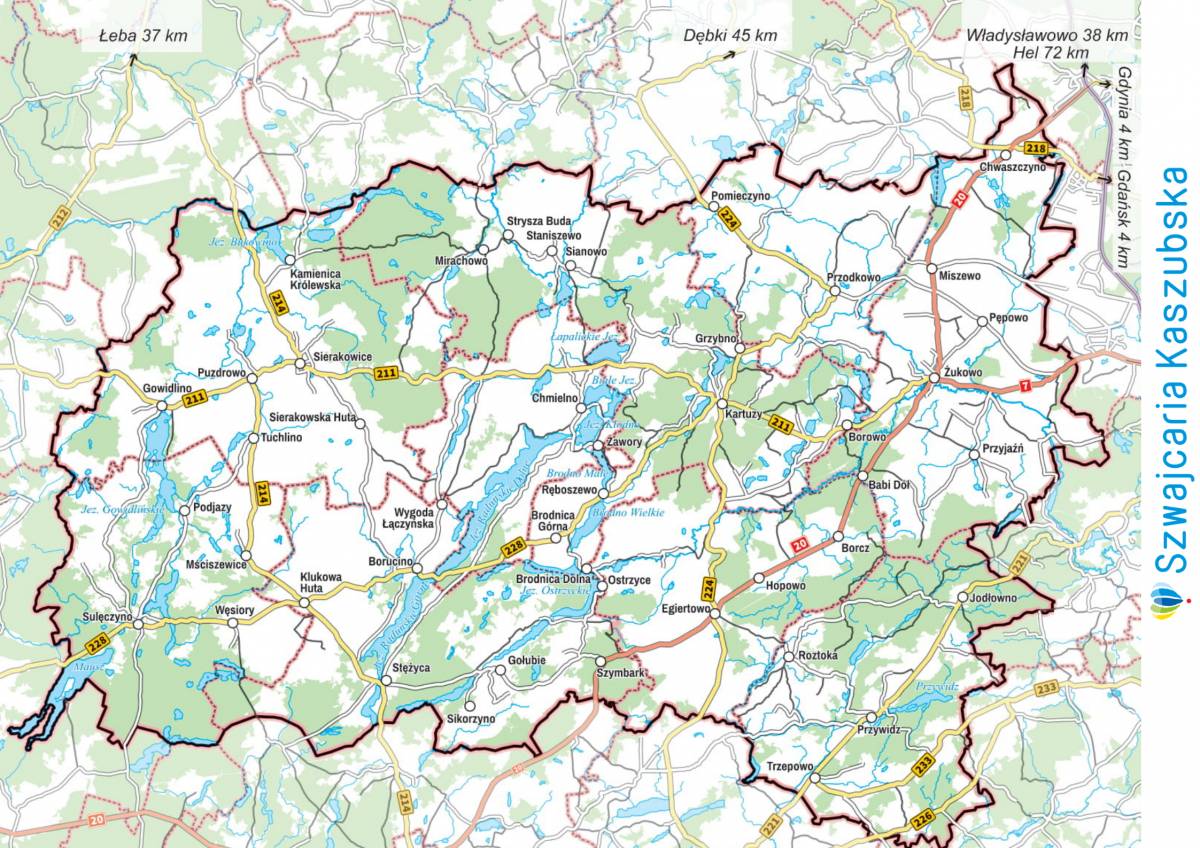 For more than 150 years the central part of Kashubia is sometimes called Kashubian Switzerland. This is a typically touristic term as Kashubians themselves use rather District or Communes names or call the area wëstrzódk, which means the central part. It was tourists coming here in the 19th century who associated local landscapes with Switzerland. Konstanty Damrot, Silesian priest who frequently travelled to the region, even wrote that Ostrzyckie Lake according to the Germans bear some resemblance with Lake Lucerne near Lausanne. One of the first to use the Polish variant of Kaschubische Schweiz was a renowned Kashubian writer – Aleksander Majkowski, who in 1913 published the first Polish guide to the given area. The region does not have any clear-cut borders and at times the terrain of Kashubian Switzerland was said to stretch beyond Kościerzyna and Wdzydzkie Lake. This guidebook assumes that within Kashubian Switzerland are Kartuski District and Przywidz Commume which now belongs to Gdański District but until the First World War administratively belonged to Kartuski District. It is thus approximately the same area, which was indicated by the authors of the first guidebooks (so-called ‘bedekers’) inviting to the heart of Kashubia. Therefore, Kashubian Switzerland covers the surroundings of Kartuzy, Żukowo and Sierakowice, in the south almost reaches Kościerzyna, and in the north the borders of Gdańsk. The distance from region’s centre to its borders ranges from a dozen to more than 60 km.